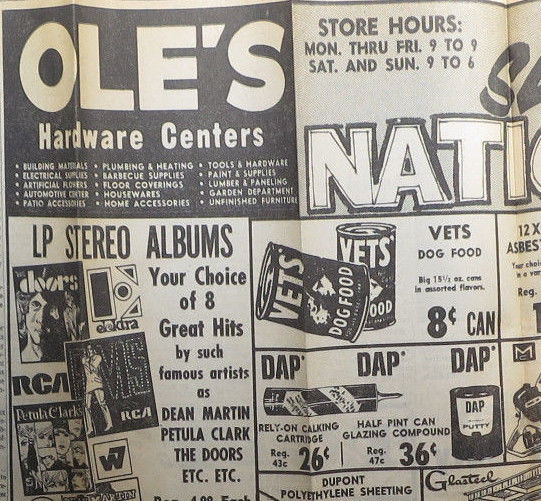 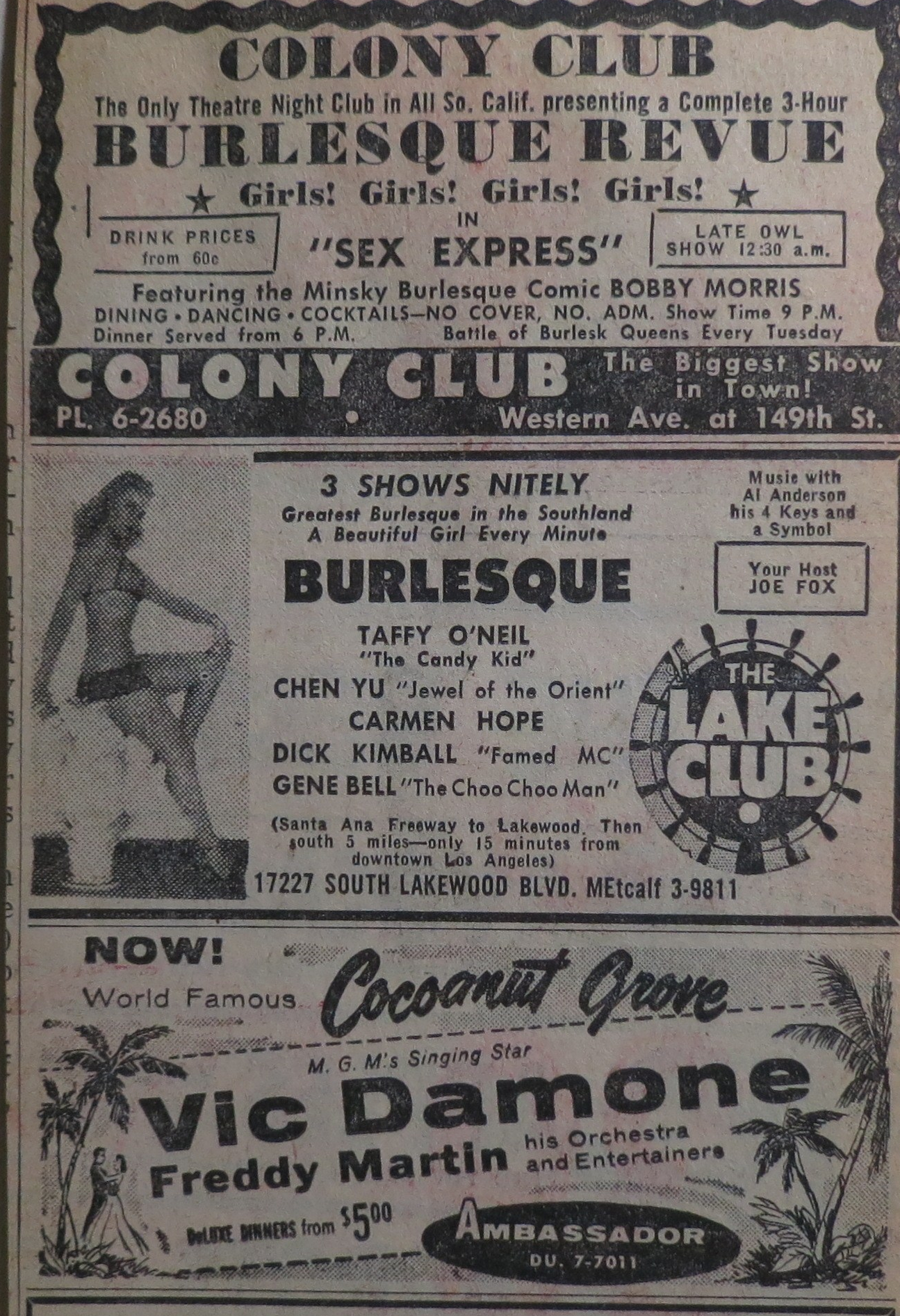 This ad is from the mid 1950s. I could find no information at all about Chen Yu. Here’s a photo I found on Pinterest. END_OF_DOCUMENT_TOKEN_TO_BE_REPLACED 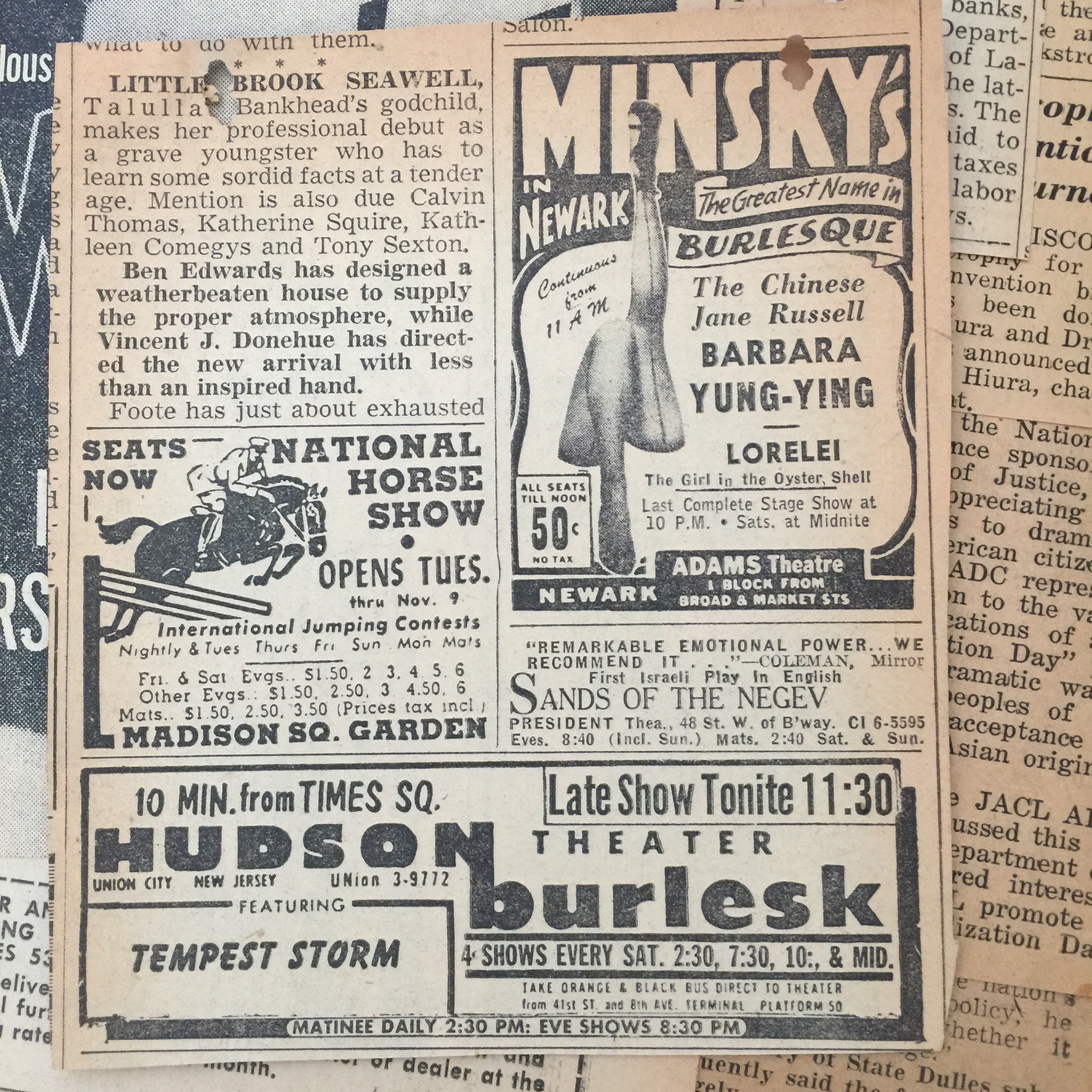 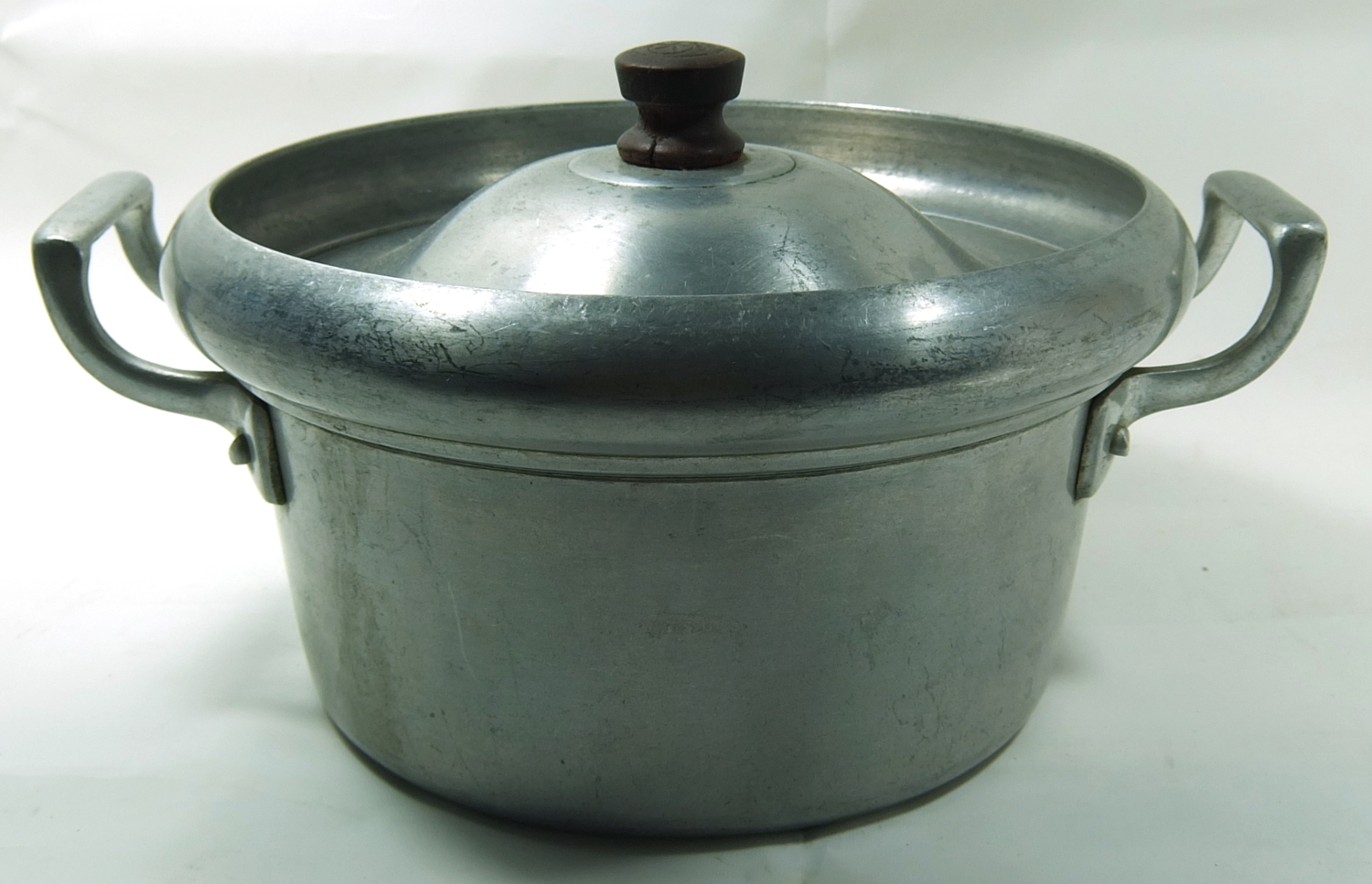 This was not part of a rice cooker. To use it, it was put over heat. The rim and lid were designed so that starchy, boiling water would not overflow down the sides. The lid is shaped like a cymbal, so that the handle wouldn’t be submerged by the boiling water.

This was verified for me by my mother, who immediately identified it as a rice pot and explained its use.

The logo on the lid is the kanji for “ooki” meaning “large”. The animal appears to be a tiger. The handle is made of wood. This does not appear to be the Tiger brand company.

The only indication of its COA is the word “Japan” stamped on the handle. It does not say “occupied Japan”, so I would assume that it’s post-occupation (after 1953). Also, because it’s stamped, I would assume it was intended for export.

See The Status of the Aluminum Industry in Japan by Eiki Usui to learn about the history of the aluminum business in Japan. According to aluminum.or.jp, the first Japanese aluminum industry associations formed in 1947, so that industry was a postwar phenomenon. This isn’t entirely correct. There was a previous aluminum industry, starting in the late 1800s, before WW2, and it collapsed. Smelting aluminum was started only in 1930. Presumably, pre-1930 aluminum products were rarer.

I have found only one product similar: an aluminum pot from 北陸アルミ (Hokua Alumi) in the Hokuriku district in western Japan. (The district my mother was from.) The product is being sold as Showa retro, though it’s new. (The price is around $30, so this item sold at a premium, but not a significant premium if one wanted to import a new pot from Japan.)

The automatic rice cooker, which we now consider the main “rice pot” people use, was invented in 1955 by Toshiba. So the period in which this was produced was probably relatively short.

Also, the market for this item in the US was small. In 1950, the Asian American population was 321K people.

So, it’s been basically impossible for me to find an equivalent rice pot online. The current retro rice pot trend in Japan is to go back to ceramic pots and wooden containers, and is reflective of a trend toward artisinal foods.

昭和レトロ, Showa retro, means vintage goods from the Showa era 1926 to 1989, but mainly focuses on postwar era objects made in Japan, as well as US objects that were common in the postwar era. It’s not the same as vintage Asian or vintage Japan, in that it’s not “chinoiserie” or “japanoiserie” of Japan-themed goods, designed to evoke the East, made for non-Japanese markets. Rather it’s about the continued modernization of Japan in the postwar era.

PS – after reading about the aluminum industry, I had to wonder if this was cast rather than spun.  Spun means that a block of aluminum, or a molded aluminum piece, is rolled and stretched into shape.

Once this is partially restored, it’ll sell for $13 plus shipping. I don’t think I can fully restore it without risking some damage to the paint. If you’d like to get it directly, for le$$, contact me via the contact page.

This is a description I wrote to a fb comment: