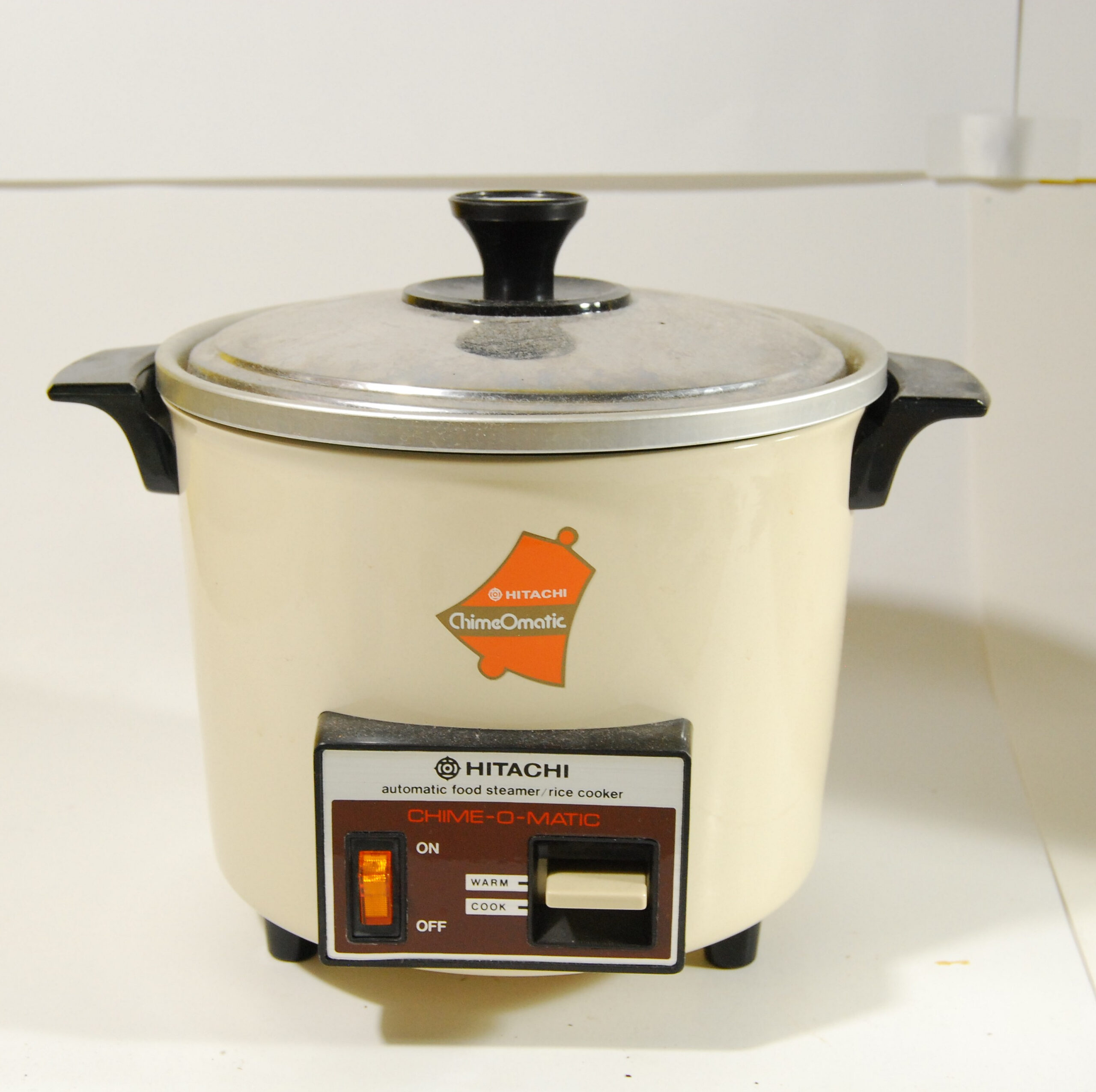 For sale: The Hitachi on Ebay.

For sale: The National on Ebay.

Showa Retro home appliances. These are two classics, the single-button National, which is probably from the 1960s, and the switch-and-button RD-4053 that must have been in production into the 1990s.

Following on the heels of the successful Toshiba ER series rice cookers, Matshushita, under the National brand, produced a similar rice cooker that required only a single inner pot.

The National rice cookers would become hugely successful around the world, and are still produced under the Panasonic brand. This style is still available outside the US, in some parts of Asia. (The Panasonic brand started as “National Panasonic”, and then just Panasonic. The company eventually changed its name to Panasonic.)

Meanwhile, the Toshiba design would be exported to Taiwan and produced by Tatung (Datung), and its successors are still in production today.

Hitachi’s innovation was obvious: there’s an on-off switch, so the cooker can be kept warm.

The switch enables you to keep the appliance plugged in. By this time, all rice cookers had a stay-warm mode, to keep the rice hot, so the bacteria would not grow. In Japanese households, the rice cooker was, basically, always on, because rice was eaten with every meal. There was no need for an “off” state.

In the US, the power switch allowed you to shut the cooker off, wash it out, and then keep it on the counter for the next use, which might be more than one day in the future.

The Chime-Omatic did exceedingly well in Cajun country.

The National cooker is unusual in that it sports a chrome finish. The iconic rice cooker came in white. Some were painted in an ivory or creme color. I never saw chrome until I bought this cooker.